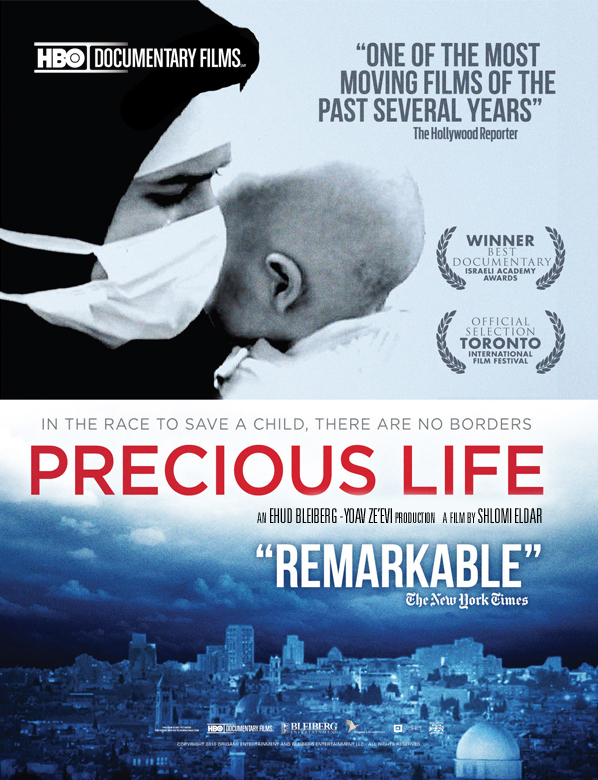 “Magnificent. One of the most moving films of the past several years. [‘Precious Life’] has as much tension as a good thriller and more honest emotion than most Hollywood tear-jerkers.” -Stephen Farber, The Hollywood Reporter

At once a plea to end human suffering and a ray of hope for Israeli-Palestinian harmony, journalist Shlomi Eldar’s documentary PRECIOUS LIFE chronicles the plight of Mohammad Abu Mustafa, a four year old Palestinian boy born without an immune system, who will die in an Israeli hospital if he doesn’t obtain a bone marrow transplant within a brief period of time. Not only does Mohammad succeed at getting the treatment he needs, his case manages to pull Israeli and Palestinian doctors together, who make a concerted, joint effort to save the child’s life, putting aside their racial and religious differences in the process, despite the Gaza embargo. Meanwhile, Mohammad’s mother, a woman named Raida, both draws scathing criticism from the Gazan community, and alienates others by espousing her sympathy with Palestinian terrorist bombers. This leads Eldar himself – and the audience – into a deep-seated ethical quandary about saving the life of a child who may well grow up to be an extremist, sacrificing his own life to kill others.