Bleiberg Entertainment is a Beverly Hills-based production and international sales company formed by veteran film producer Ehud Bleiberg. The company operates on a proven business plan with respect to the production, acquisition, financing and distribution of filmed entertainment to the worldwide marketplace with a slate of projects geared toward the theatrical, VOD and TV markets.

Productions include: the thriller “The Iceman” based on the true story of mafia hitman Richard Kuklinski starring Michael Shannon, Chris Evans, Winona Ryder and James Franco; the international hit “The Band’s Visit,” which won more than 40 awards, including the Coup de Couer at the Cannes Film Festival. This was followed by “Adam Resurrected” by legendary filmmaker Paul Schrader and starring Oscar nominees Jeff Goldblum and Willem Dafoe; Toronto International Film Festival selection “The Assassin Next Door” starring Olga Kurylenko; and the documentary “Precious Life,” which premiered at the Telluride and Toronto Film Festivals to rave reviews and was shortlisted for that year’s Academy Awards; “Hunting Elephants” from acclaimed writer/director Reshef Levi and starring Sir Patrick Stewart; “In The Shadow,” a thriller set in 1950s Prague starring Sebastian Koch and 4-time Czech Lion winner Ivan Trojan, which was the offical Czech entry for Best Foreign Language Film at the 2013 Academy Awards; Venice Film Festival-selection “The Cousin” from writer/director Tzahi Grad; “McCanick,” a gritty cop thriller starring David Morse and Cory Monteith, which premiered at the 2013 Toronto International Film Festival; “The Curse of Sleeping Beauty,” a dark, modern spin on the classic tale directed by Pearry Teo; and the true underdog story “Ingenious” starring Dallas Roberts and Academy Award nominee Jeremy Renner.

Projects in development include: the rousing adventure film “The Treasure of Ali Baba and the 40 Thieves” from director Martin Campbell (“Casino Royale,” “The Foreigner”); “Across the River and Into the Trees,” a sweeping adaptation of Ernest Hemingway’s classic novel starring Pierce Brosnan; “Hardcourt,” a legal thriller from screenwriter Mark L. Smith (Oscar-winner “The Revenant”); “The Protocols,” acclaimed filmmaker Avi Nesher’s adaptation of Hadassa Ben-Ito’s non-fiction exploration into “The Protocols of the Elders of Zion”; and a TV-series adaptation of Bleiberg’s hit film “The Curse of Sleeping Beauty.” 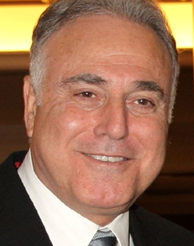 A key figure in international independent cinema, Ehud Bleiberg has produced more than 30 films over the past three decades. Bleiberg’s extensive management and creative background have allowed him to develop, finance and produce films that run the gamut in terms of budget and genre.

Bleiberg was the producer of the hit thriller “The Iceman” starring Michael Shannon, Chris Evans, Winona Ryder, Ray Liotta and James Franco and directed by Ariel Vromen. The film premiered at the Venice Film Festival, followed by screenings at the Toronto and Telluride Film Festivals as well. Upon its U.S. release, it opened number 1 at the specialty box office.

Bleiberg also produced the international hit “The Band’s Visit,” which won more than 40 awards, including the Coup de Couer at the Cannes Film Festival, and was recently adapted to a Broadway musical smash. This was followed by “Adam Resurrected” by legendary filmmaker Paul Schrader and starring Oscar nominees Jeff Goldblum and Willem Dafoe; Toronto International Film Festival selection “The Assassin Next Door” starring Olga Kurylenko; and the documentary “Precious Life,” which premiered at the Telluride and Toronto Film Festivals to rave reviews and was shortlisted for that year’s Academy Awards. In 2013, Bleiberg won a Czech Film Academy Award for producing the film noir “In the Shadow,” which was also the official Czech entry for the Oscars.

Prior to arriving in the US, Bleiberg produced several films in his native Israel. His feature “Himmo: King of Jerusalem” was an official selection in the Toronto, Chicago, and Edinburgh Film Festivals and received international acclaim. Bleiberg’s next film, “The Appointed,” enjoyed even more success as an official selection of the Cannes Film Festival. He then came to the U.S., establishing a production company in Beverly Hills. Early notable domestic productions include “The Soft Kill” starring Carrie-Anne Moss; “100 Girls” with Jonathan Tucker and Katherine Heigl; “More Dogs Than Bones” with Joe Mantegna and Oscar winners Whoopi Goldberg, Mercedes Ruehl and Louise Fletcher; and “According to Spencer” starring Jesse Bradford, Adam Goldberg, and Giovanni Ribisi.

Through the sales arm of his company, Bleiberg also focuses on the acquisition of film rights for distribution into the domestic and international marketplace as well as the financing and production of motion pictures. They currently house a library of over 80 titles. 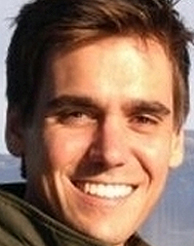 As President of Acquisitions & Production for Bleiberg Entertainment, Nicholas Donnermeyer is responsible for seeking out new films and projects for the company’s ever-growing library of titles.

He was the associate producer on “The Iceman” starring Michael Shannon, Chris Evans, Winona Ryder, James Franco and Ray Liotta. The film premiered at the Venice Film Festival, followed by screenings at the Telluride and the Toronto International Film Festivals.

Previously, Donnermeyer served as associate producer on “Ingenious,” a true story comedy starring Jeremy Renner and Dallas Roberts; and the horror comedy “Dance of the Dead,” which premiered at SXSW before being released by Lionsgate and Sam Raimi’s Ghost House Underground. He also co-produced a series of genre films for Bleiberg’s Compound B label and Image Entertainment including “Episode 50,” “Freeway Killer,” “Necromentia” and “Robotropolis.” 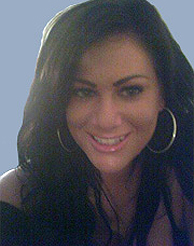 As Executive Vice President of Operations, Melanie Kollar is in charge of daily operations at Bleiberg Entertainment, including servicing for physical delivery and contract negotiations.

Prior to joining Bleiberg Entertainment in 2011, Melanie worked in the Business and Legal Affairs department at Lionsgate focusing on legal delivery for theatrical films.

Kollar was a founding student and was in the first graduating class at the University of California, Merced. She received a Bachelors of Arts degree studying World Cultures and Literatures. 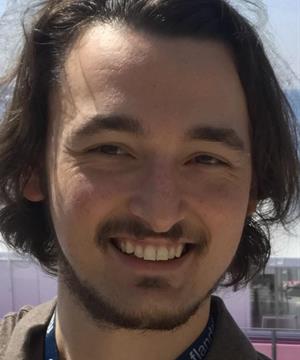