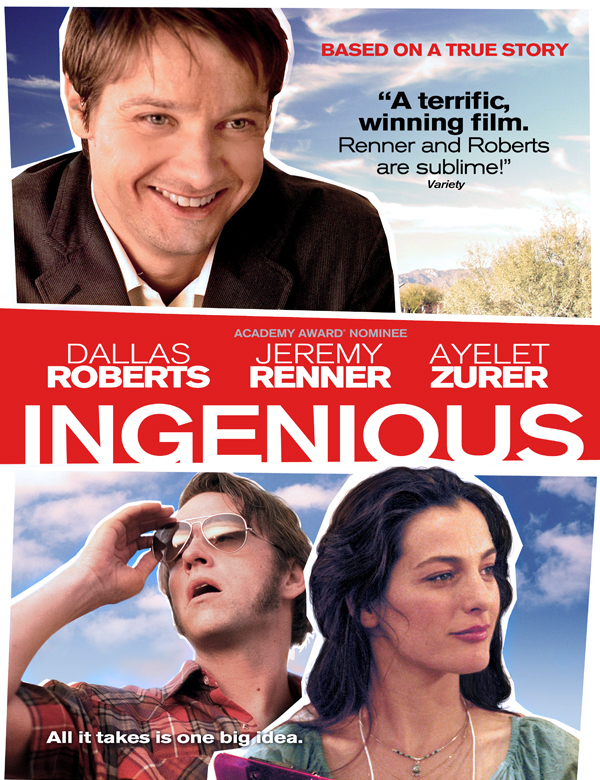 “The script is great, the dialogue engaging and honest, and the performances are all superb.”
-Kim Voynar, Movie City News

Lifelong friends, Matt and Sam are searching for the one big idea that will change their lives forever. But their inventions fall flat and their sales techniques leave the customers wanting… In need of cash, they turn to Matt’s girlfriend Gina. When one bad decision costs them everything they have and puts their friendship to the test, they find that hitting rock bottom could lead them to the most ingenious idea they’ve ever had. Starring two-time Academy Award nominee Jeremy Renner (“The Hurt Locker,” “The Avengers”), Dallas Roberts (“The Walking Dead,” “3:10 to Yuma”) and Ayelet Zurer (“Man of Steel,” “Angels & Demons”).