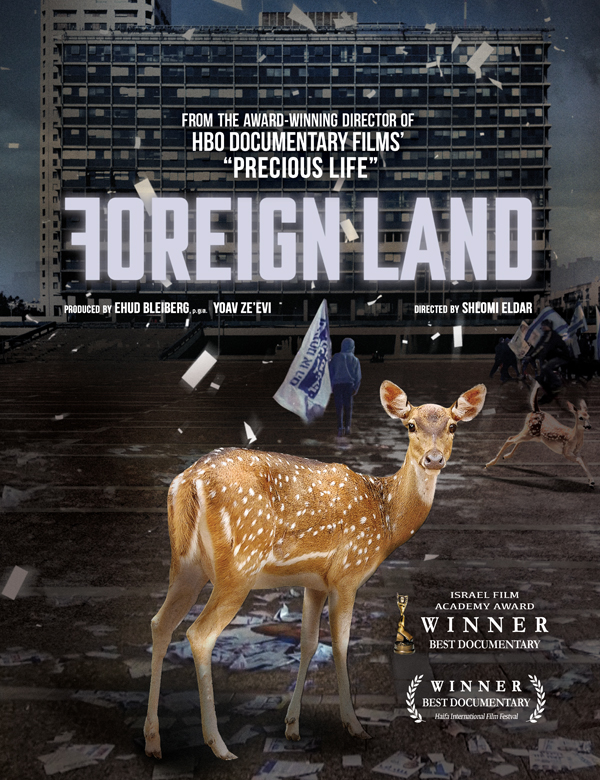 “Strong, wise and personal. An important and incisive film.” -MIFF

Gassan Abbas and Shlomi Eldar were both at a crossroads. Abbas was once an Israeli sit-com star, while Eldar was an Arab Affairs correspondent for the national news. Both men discover, though, that their audiences are getting smaller by the day. Abbas is not getting any new roles and Eldar’s reports are getting pushed to the sidelines of the daily news reports.

“Foreign Land” tracks the mid-life detours of two extraordinary men, placing emphasis on their encounter with someone who lost everything to Israel’s ongoing conflict yet refuses to succumb to hate. Now facing a professional crisis, these two friends are searching for a way to escape, while taking account of how changes in Israel affect them both personally and on a national level. “Foreign land” is an incisive and important film about creating a distance to see things more clearly, and knowing when it’s time to start anew.