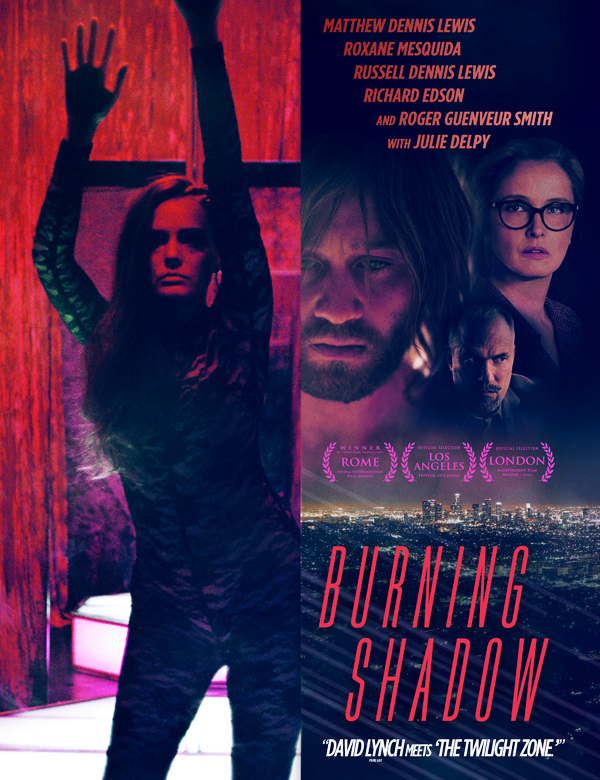 “Burning Shadow” is a twisted, supernatural thriller about obsession and the darkness of the human soul. Charlie (Matthew Dennis Lewis, Netflix’s Emmy®-winning series “Godless”) is a young loner who works at a diner for a mirthless boss (Academy Award® nominee Julie Delpy, “Before Midnight”), struggling to even pay his rent. Seemingly his only friend is regular customer Mr. Jones (Roger Guenveur Smith, “American Gangster”), an affable businessman with ties to the mob. Jones also runs a nightclub, which Charlie visits and soon begins his obsession with one of the dancers, Summer (Roxane Mesquida, Gregg Araki’s “Kaboom”).

One evening, after an odd exchange with a bartender who says luck is coming his way, Charlie crosses paths with a blind homeless man who is his exact double, a doppelgänger. Perplexed and intrigued by the discovery, Charlie invites the man into his life. What follows is a haunting decent into desperation, fear, infatuation and greed, told through the lens of classic film noir, with a celestial twist.