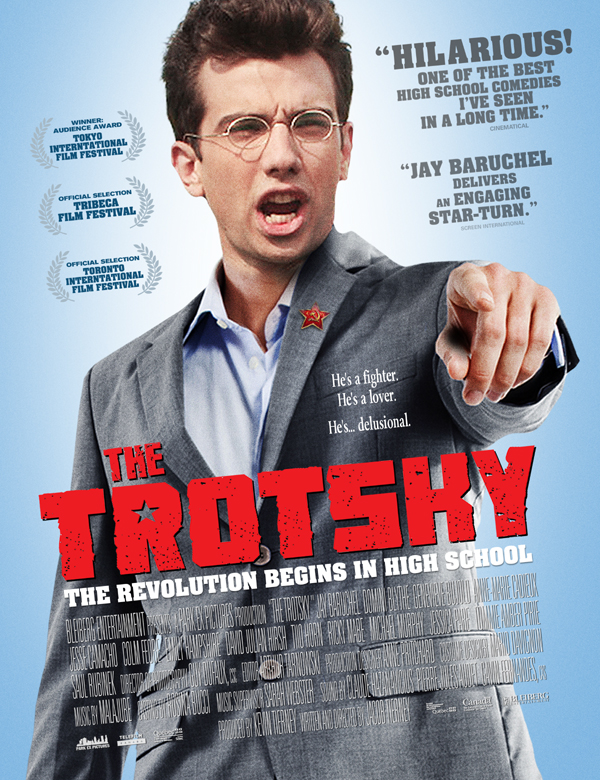 In this hilarious comedy, Leon Bronstein (Jay Baruchel, “This is the End,” “Tropic Thunder,” “Knocked Up”) is an unusually intense teenager who believes, with an incredible sense of purpose, that his name defines his destiny. Like his namesake Leon Trotsky, the celebrated Russian revolutionary and socialist theorist, Leon must do all he canusing his handy flash cardsto throw off the mantle of the rich and the privileged class. .When Leon’s father (Saul Rubinek, “Warehouse 13”) gives his son a part-time job at the family clothing factory and within a day Leon is leading his fellow workers in a sit-down strike, he is punished by being sent to public school. There the would-be revolutionary finds new ways to battle fascismrepresented by Principal Berkhoff (Colm Feore, “24”), a teacher eager to give her students detention. Leon’s pursuit of social justice leads him to Frank (Michael Murphy, “X-Men: The Last Stand”), a burned-out activist turned college professor, and Frank’s thesis student, named Alexandra (Emily Hampshire, “12 Monkeys”) like Trotsky’s great love, who Leon believes to be his future bride. Also starring Tiio Horn (“Moahwk”), Ricky Mabe (“Zack & Miri”) and Jessica Pare (“Mad Men”).