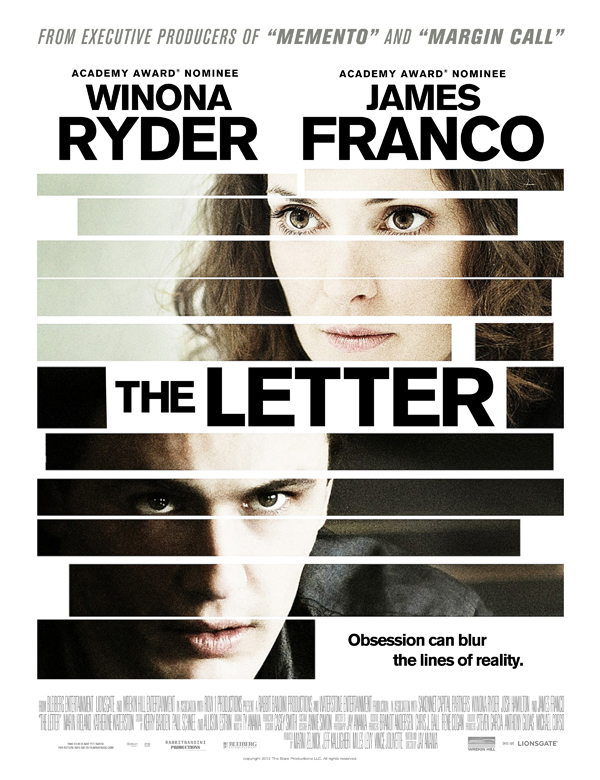 A playwright (two-time Academy Award® nominee Winona Ryder, “Stranger Things,” “Black Swan,”) begins to mentally unravel while preparing her latest work for the stage. She is plagued by dreams and visions of being watched, while also falling under the spell of her charismatic new leading man (played by Oscar® nominee James Franco, “127 Hours,” “Oz: The Great and Powerful”). As the curtain call grows closer, she finds she can no longer decide if she is at the center of a manipulative plot or simply losing her grip on reality.