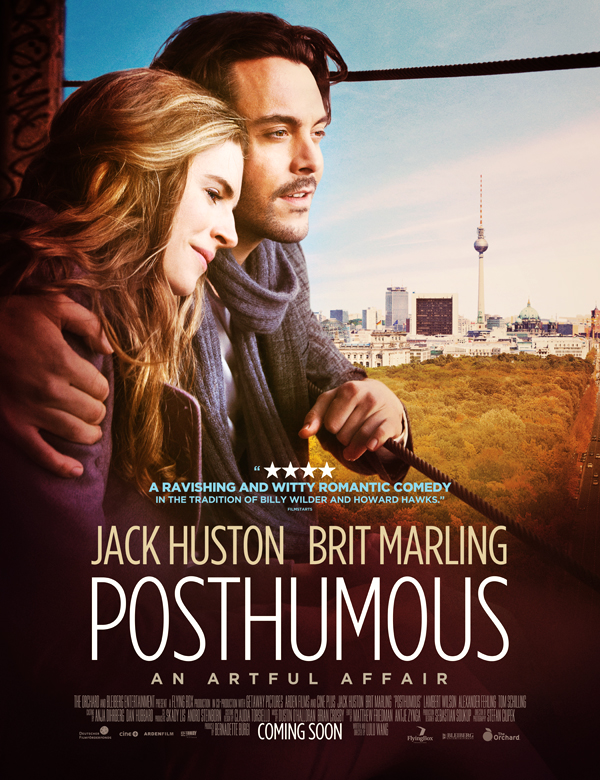 Awards/Festivals: Recipient of the Chaz & Roger Ebert Film Grant (in association with the Independent Spirit Awards)

The debut feature of Lulu Wang, writer/director of the breakout smash “The Farewell”, “Posthumous” is a modern love story that centers on a struggling artist (Jack Huston, “Boardwalk Empire,” “American Hustle”) whose artwork skyrockets in value when he is mistakenly thought to have killed himself. The artist decides to keep up the charade by pretending to be his own brother, but the entire plan is put in jeopardy when he befriends a charming, resourceful reporter (Brit Marling, “Arbitrage,” Netflix’s “The OA”) and they begin to show each other the true value of life, art and love.

U.S. Release by The Orchard